My plan for The Whisky Mafia going forward over the next several weeks is to navigate away (for now) from the Whisky 101 series I’ve been presenting so far, and delve a little more into some personal stories, tasting notes, & in-depth whisky discussions. Before I shift gears however, I wanted to leave you fine readers with a generous handful of some truly useful additional resources to further your whisky education. I’ve by no means come across the information I’ve presented so far via divine intervention, so let’s take a look at some of the resources that I use on a daily basis to keep my brain soaked with whisky knowledge. 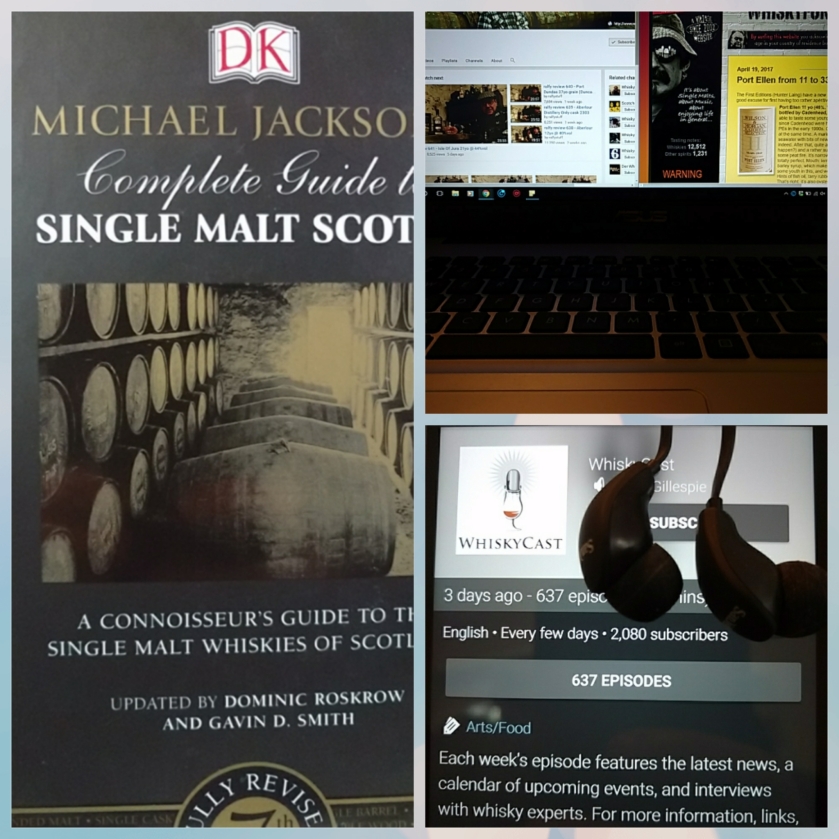 Master of Malt is not only a fantastic online retailer of Scotch whisky and other fine spirits, but a wonderful resource for tasting notes and information regarding pricing and general availability of bottles. The customer feedback and ratings on products can admittedly be more than a little hit and miss at times, but the playful and well written nosing and tasing descriptions, high quality images, and wonderful additional information about individual distilleries and regions make it one of my absolute favourite daily go-to whisky sites. If you’re lucky enough to live in a part of the world they ship to, you can also enjoy their gargantuan selection of malts, blends, and everything in between. They even offer their own line of independent bottings.

I’ll admit it took me a bit of time and tinkering to unlock the full potential of Whiskybase. The search function at first glance can seem a bit clunky, and beyond the handy features of putting together a wishlist and a fun little visual collection of the bottles currently sitting on your shelf, it was difficult to immediately grasp all that this site had to offer. An immensely ambitious project, the site aims to catalog every bottle of whisky released anywhere, with images, information regarding bottling dates, ABV, casks, and even shoplinks. It’s like an archive edition of Master of Malt (they even offer an online retail shop of their own), but with a generally far more knowledgable group of users, producing more reliable data as it relates to scores and ratings. I actually just received an e-mail this morning announcing that the site is about to undergo a major overhaul and facelift as of May 15, 2017, which should help improve functionality and navigation a great deal.

Launched just within the last couple of years by Dave Broom & handful of other well known whisky writers, Scotchwhisky.com offers a wealth of up to the minute industry news, useful tasting notes, and some of the most thoughtful and well-written whisky journalism I’ve yet to stumble across. Magazine style profiles and interviews, editorials, science & even philosophy all abound on the site, and all raise the bar on writing and thinking about whisky to bold new heights. The site also features an incredibly cool Whiskypedia section, with a wealth of information about every active whisky distillery in Scotland. Top notch stuff all the way around, and a daily must-read.

Not necessarily aimed at the whisky novice, Serge Valentin’s Whiskyfun is considered the granddaddy of all whisky blogs. Recognized by many as one of the preeminent authorities on whisky, Serge’s ratings carry real weight in the industry, and can sometimes drive up prices of bottles at auction and online. As the name of the site implies however, Whiskyfun manages to never takes itself too seriously. Serge’s tasting notes are lyrical, sometimes odd, sometimes hilarious little works of poetry within themselves, and are worth reading just for the weird little asides alone. Never comfortable simply reviewing what’s new and notable on the market, some of the lineups of older bottlings reviewed on the site are simply staggering and gawk worthy.

Ralfy Mitchell is the endearingly long-winded, sometimes overly serious, other times overly silly, but always passionate and well-informed Scottish uncle we’d all love to share a dram with. His YouTube videos have evolved over the years from short and straightforward reviews of whisky, into full-blown manifestos about the state of the industry, and sometimes the world in general. While that all may sound a bit daunting, his wealth of knowledge, infectious enthusiasm, and quirky charm always keeps me coming back for more. Ralfy is a true whisky populist, the ongoing thesis of his videos is to keep things simple, honest, affordable and enjoyable, and for that he’ll always have a place in my heart. His seven part series visiting the Springbank Distillery is a particular favourite of mine.

The late Michael Jackson (indeed, not the pop superstar) is considered one of the most important writers, thinkers and promoters of Scotch whisky (and beer for that matter) ever to walk the planet. He did more for the advancement of the whisky industry in terms of education and public awareness than anyone before or since. While Jackson’s excellent Complete Guide to Single Malt Whisky is no longer the most up to date or cutting edge whisky book on the market (the author passed away in 2007, and subsequent editions have been updated by other writers), it stands as a testament to the legacy of a towering and beloved figure in the whisky world. Look no further than the global phenomenon that in International Whisky Day (held every year on the date of his birth to promote awareness of whisky and to raise funds to combat Parkinson’s disease) for proof of Jackson’s immense stature and enduring legacy.

We’re into podcast territory now, with the always fun and informative Whiskycast. Hosted by the affable, booming voice of Mark Gillespie, the show is a highly polished, well produced, and generally breezy look at the week’s news in the world of whisky. Mark travels extensively to distilleries, whisky festivals and other events around the world, and always manages to snag some memorable interviews with whisky personalities of every stripe. I had a chance to meet him briefly at this year’s Victoria Whisky Festival, and was comforted to find him to be the same boisterous, jovial, and very American personality in life that he is in my earbuds.

For those of you who already use Reddit to track your various interests and obsessions, I don’t need to tell you how great the site is. For the rest of you, now is as good a time as any to find out what you’ve been missing. Reddit’s /r/Scotch is made up of an excellent community of Scotch whisky enthusiasts ranging from the incredibly knowledgeable to the very new and slightly bewildered. Boasting over 55,000 subscribers at present, the sub is filled with all sorts of useful data and information aimed at whisky novices, as well as a great place share and explore tasting notes and reviews.  While discussions can occasionally boil down to some humorously repetitive themes (official bottlings of Bowmore are terrible, Lagavulin 16 is incredibly cheap at Costco in California, and Aberlour 12 NCF is much better than regular Aberour 12, to name a few), I’ve always found the redditors on this sub to be a generally very positive, supportive and helpful bunch.

Essentially a global collection of some of the most influential whisky writers, thinkers, and online personalities, the Malt Maniacs are like a cabal of Bond villains who’s evil master plan is to promote appreciation of single malts. The site itself is a bit clunky and outdated in parts, but a little exploration and persistence can reveal some genuine treasures in terms of scoring data, useful articles, and other bric-a-brac. This super cool whisky map is a particularly useful and enjoyable little tool I’ve stumbled across in my travels.

Released on BBC Two in the fall of 2016, this three part documentary series is a truly wonderful look at the past, present and future of the Scotch whisky industry. Loaded with a vast array of interviews, archival footage, and some beautiful location shooting across Scotland and around the world, the series is enthusiastically presented by Scottish actor David Hayman. Well worth a look if you can dig it up or catch a replay (you may or may not be able to find it on YouTube if all else fails).